Wouldn’t it be great to be an animator and share your knowledge with young and eager animation students? Of course! In this game you get to step into the shoes of the animation teacher for one day.

Unfortunately the students seem to have other interests besides learning animation. They’re not as enthusiastic as you would have thought. You have to use all your teaching skills to motivate them. Luckily you also have ways to escape to happier places during the day to make life a bit easier.

The screenshots shown on this page are work in progress, but close to final. The whole game isn’t very large and can be played through quite quickly. Made by a team of two. Total development time is less than 100 hours, maybe 60-70 so far.

This game was never meant to be released to the general public. It is a game that we started to make for a private event that we’ve been organizing. It started from real world places, people and experiences, and has some inside jokes, but is fun and playable by anyone nonetheless.

Now that the game is almost ready it’s interesting to notice what makes it fun. The game mechanic is quite simple, but we wanted to tell a story, get the player engaged. The player can move and has one action he can do. But the same action has so many different outcomes depending on player’s current quest. It also uses quite basic Unity physics in ways that its flaws have became advantages.

Importance of planning, even though in this case we didn’t really

It was refreshing to make a small game without making the project and the creation process too complicated. Especially from programmer’s point of view it is freeing to just code without planning very carefully in advance. I very much think that planning is extremely important, but in a small project that isn’t going to be anything serious it doesn’t matter so much if all the algorithms and data structures are not the best. I know that the game is still quite solid, but I can also see that there is not that much leeway left if we should start expanding the game.

We’re experienced game developers, so we know quite well how much we can bend the rules and when it’s ok to take a shortcut. But for beginning developers it’s good to learn planning your game project well. You will be happy you did. We always plan and design well when starting a bigger game project. But small projects benefit from planning as well.

I will try to make a downloadable Windows version or even an online version of the game when it’s ready, if possible. If you’re still reading this, you’re probably interested in the game. In that case come back soon to check the final game, because I’m sure it will have an positive impact on you. 🙂 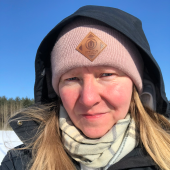 This site is secure